Using the AT Series User Port

This connector has been designed to facilitate an open-collector relay drive output. 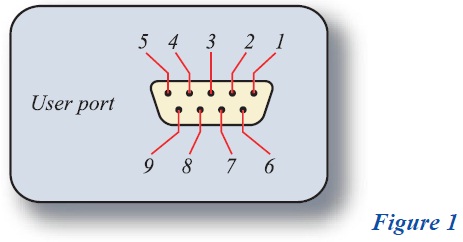 Each relay output can drive a load of >150Ω and has a maximum current output of 80 mA.

An "OFF" state for the relay drive outputs is the default setting when the AT is switched on.
However, after each programmed "OUT" test, the relay drives will remain in the programmed condition until another "OUT" test is run, or the AT is switched off and on again.
During subsequent "OUT" tests, the AT, firstly, identifies relays that are programmed to be "OFF" and releases those relays first.
Secondly, the AT identifies relays that are programmed to be "ON" and energizes those next.
The relay switching "OFF" time is almost instantaneous. Switching "ON" times, however, are around 20 msecs.

The most common use of the "OUT" test is to close a relay in order to introduce an additional component to the test circuit, such as a resistor, as shown in Figure 2.

Figure 3 shows a block diagram of the relay output, which is internal to the AT.

The most common tests where the introduction of a component is required are to measure impedance mismatch between the transformer and the transmission line.

Discharging the circuit may be required where testing involves passive components such as capacitors.
These may require discharging prior to operator removal of the part under test.

3, Use Case - Triggering for An External Device

During a test sequence, an external device may require triggering.
This could be either through a relay or direct to an "ENABLE" input by using a pull-up resistor (Figure 4). 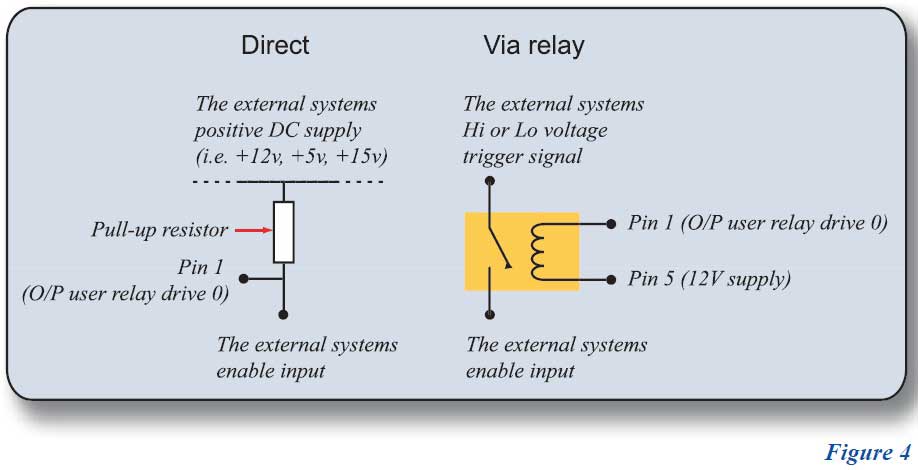 During a test sequence, an LED indicator (and/or buzzer) can be used as an indication of a certain point within the program cycle being reached (Figure 5). 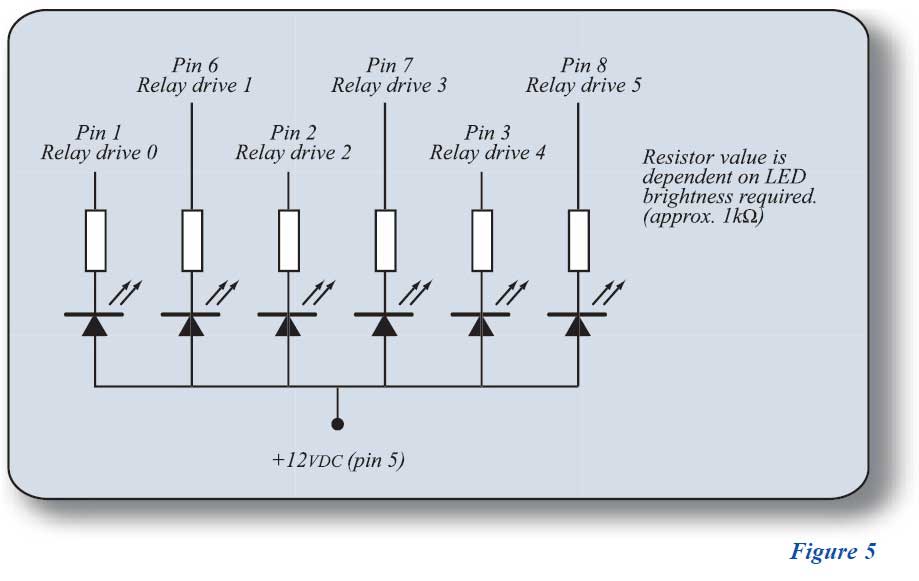 The "OUT" test is accessed via the AT Editor software and can be placed anywhere in a program cycle. 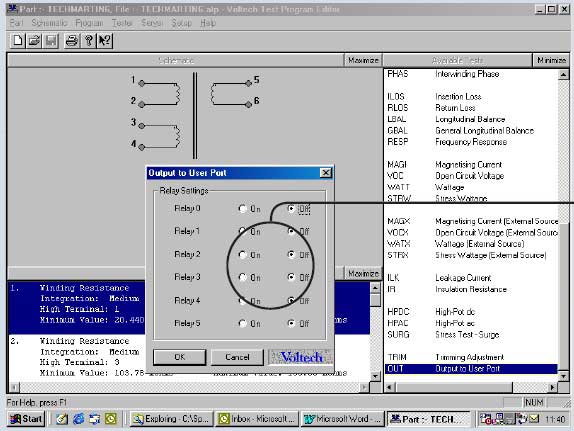 The AT Editor software allows an "OUT" test to be placed anywhere in the program cycle.
Selection of the six relay drives is easy.
Simply click the left mouse button over the ON or OFF button on any of the six drives required and click OK.

Activating an enable output (and/or a program cycle indicator) would require the "OUT" test set-up in the appropriate area of the program in order to output the required event.