The Basics Of Transformers

This document explains the basic theory and operation of transformers

Transformer design and test are sometimes viewed as an art rather than a science.
Transformers are imperfect devices, and there will be differences between a transformer's design values, its test measurements, and its real life performance in a circuit.
By going back to basics, this tech note will help design and test engineers understand how a transformer's electrical characteristics are the result of physical properties of the core and windings. 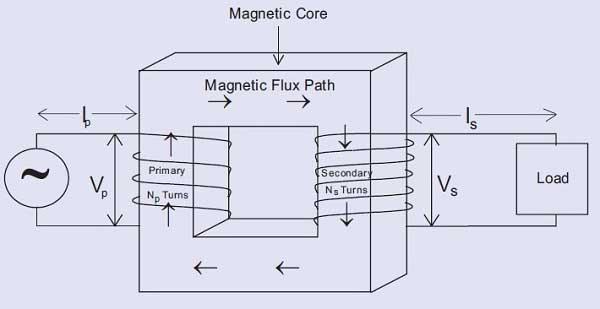 As the flux is a constant, i.e. the same in both primary and secondary: 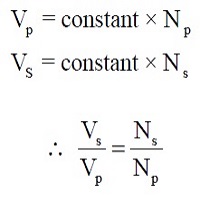 This equation shows that a transformer can be used to step up or step down an ac voltage by controlling the ratio of primary to secondary turns. (Voltage transformer action). 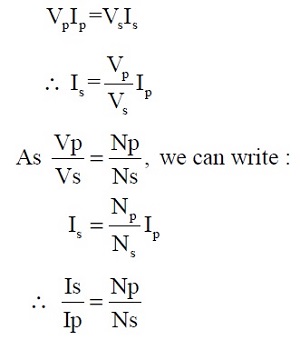 This equation shows that a transformer can be used to step up or step down an ac current by controlling the ratio of primary to secondary turns. (Current transformer action)

It will be noted that there is no electrical connection between the primary and secondary windings.
A transformer, therefore, provides a means of isolating one electrical circuit from another.
These features - voltage/current transformation and isolation - cannot be obtained efficiently by any other means, with the result that transformers are used in almost every piece of electrical and electronic equipment in the world. 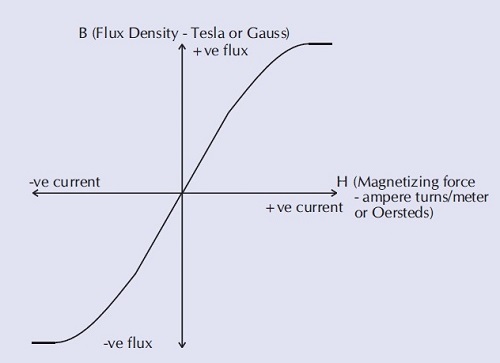 From the B-H curve it can be seen that, as the magnetizing force is increased from zero, the flux increases up to a certain maximum value of flux.

Above this level, further increases in magnetizing force result in no significant increase in flux. The magnetic material is said to be 'saturated'.

A transformer is normally designed to ensure that the magnetic flux density is below the level that would cause saturation.
The flux density can be determined using the following equation:

In practice real magnetic materials have a B-H curve as follows: 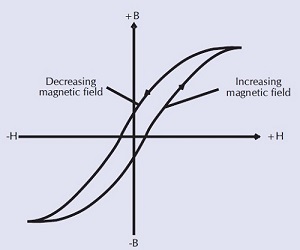 The slope of the B-H curve, the saturation level, and the size of the hysteresis loop are dependent on the type of material used, and on other factors.
This is illustrated using the following examples:

Hysteresis loss is the result of cycling the magnetic material along its B-H curve.

It represents the energy taken as the applied voltage, aligns magnetic dipoles first in one direction, and then in the other.

The loss increases with the area of the B-H curve enclosed. As the material is driven closer to saturation, both the area within the curve, and the corresponding energy loss each cycle, increase substantially.

Eddy current loss is caused by small currents circulating within the core material, stimulated by the alternating flux in the core.
The I*I*R power loss ("heating" loss) associated with these currents produces heating of the core known as eddy current loss.
In iron-cored transformers, insulated iron sheets known as laminations are used to minimize this effect by restricting the path for circulating currents.
Ferrite cores restrict these paths even further. 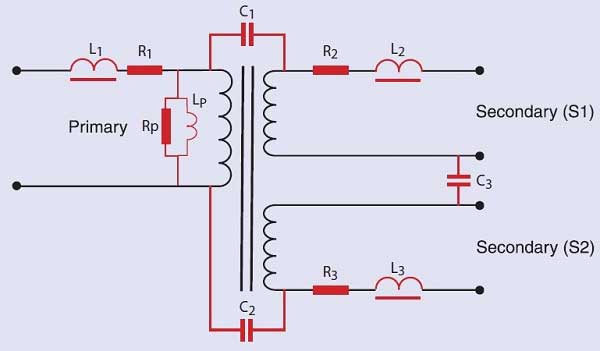 Where:
R1, R2, R3 represent the resistance of the winding wire.

C1, C2, C3 represent the capacitance between the windings.

Rp represents the losses which are due to the eddy current and hysteresis losses. These are the real power losses, sometimes called the core loss, that may be measured by performing an open-circuit power measurement. Because there is no load current, there is very little I2R copper loss in the energized winding, and the watts measured at no load are nearly all due to the core.

Lp represents the impedance due to the magnetizing current. This is the current that generates the magnetizing force, H, used in the B-H loop diagrams. Note that this current may not be a simple sine wave, but can have a distorted, peaked shape, if the transformer is operated in the non-linear region of the B-H curve. This is usually the case for line-frequency, laminate type transformers.

L1, L2, L3 represent the leakage inductance of each of  the windings. (This is discussed in detail in Voltech Note 104-105, "Leakage Inductance".)