Making low-resistance measurements, under 1Ω, is subject to sources of error including lead resistance and contact resistance. This tech note describes these problems and how they are overcome. 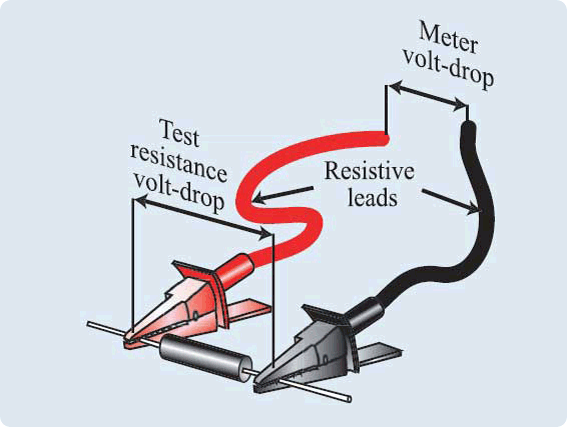 Given the limitations of the two-wire method, the four-wire (Kelvin) method is generally preferred for low-resistance measurements.
These measurements can be made using a separate current source and voltmeter (Figure 2). 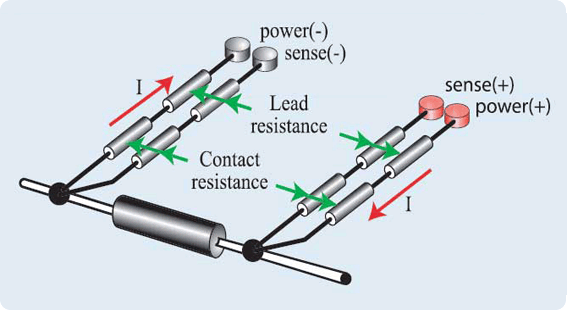 With this configuration, the test current is forced through the test resistance via one set of test leads (power leads), while the voltage across the component under test is measured through a second set of leads (sense leads).
Although some small current may flow through the sense pair, it is usually negligible (pA or less) because the impedance of the sense terminals is high.
The volt drop measured by the meter is therefore essentially the same as the voltage across the test resistance.
Consequently, the resistance value can be determined much more accurately than with the two-wire method.

Many test and equipment manufacturers use connections to the device under test which are not in fact 'true' Kelvin, but 'semi' Kelvin.
This can best be illustrated in Figure 3a, where 'spring' probes are used.
It can be seen that the spring probe does not provide a true Kelvin connection, as the four wires are terminated at the probe receptacle.
In order to be 'true' Kelvin, each 'power' and 'sense' lead needs to make the connection directly to the test component lead and as close as possible to the test component itself.

When using a fixture, the fastest method of connecting and disconnecting the component under test, while still maintaining a true, four-wire Kelvin connection to the component, is to use Kelvin blades.
Kelvin blades consist of two spring blades held in an insulating body (Figure 3b). 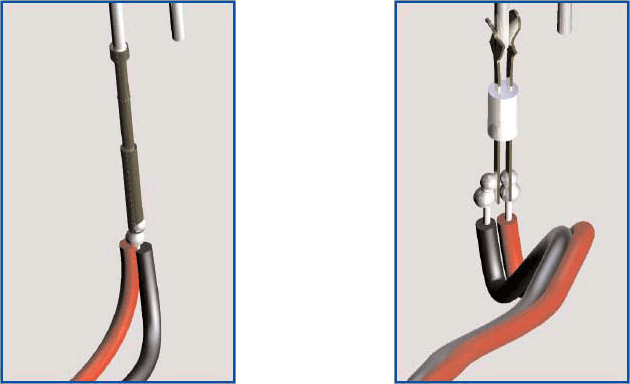 As previously explained, true Kelvin provides the most ideal connection method when measuring resistances <1Ω.
However, when designing a test fixture, the mechanical aspect of the connection method must be considered.
In this case, spring probes may provide an alternative to Kelvin blades.
However, the current through the component under test must then also pass through the spring probe itself, introducing an additional, undesirable voltage drop.

Fixtures made using spring probes have the advantage of being easier to construct, easier to maintain, and they have a longer life span than Kelvin blades, which are subject to wear from the action of inserting and removing the test component.
However, because spring probes can only offer semi-Kelvin connection, they should not be used when measuring a resistance of less than 1Ω.